Italy, What a Shame! Spain Through on Penalties

VIENNA (Austria), 22 June 2008 - The adventure is over. Spain beat Italy 4-2 in the penalty shootout and send them packing. The magic of Berlin disappears on a hot Vienna night. After a goalless 120', De Rossi and Di Natale miss their penalties, while Buffon manages to stop Guiza's shot. It's time to turn the page; the world champions are out of this championship.

CONFIRMATIONS - Donadoni starts with the same system he used in their match against France in Zurich. But the 4-3-1-2 sees some forced changes in midfield, due to the absence of Pirlo and Gattuso. The new midfield consists of Roma player Aquilani, from kick-off, on the right, De Rossi in the middle and Ambrosini on the left. And Donadoni keeps his faith in attacking midfielder Perrotta, who plays behind Toni and Cassano. Aragones also makes few changes: 4-4-2, with the usual 4-player midfield with Iniesta on the right and Senna just behind the attacking line. SPAIN ON A ROLL - The Italians start in attacking mode with good pressing but Spain immediately puts on the brake. The Spanish play wide and at low speed, but they seem to be more in control of the game. On 9' Silva moves to the centre, but his left-footed shot is deflected and then blocked by Buffon. Nothing special, but it's proof that Spain is controlling play. Sampdoria player Cassano is Italy's most inspired player, but although he is a very quick dribbler there is no support for him, and finds himself double marked.

SUFFERINGS - In the 18th minute there's Torres; he enters the box from the left and receives the ball from Iniesta but his shot on goal is too high. This should send a signal to Italy. On that side the Spanish are roaming free: Aquilani cannot bear the weight and he is bogged down by his responsibility. Then, on 19' it's Italy's turn. Ambrosini's cross from the left finds Perrotta but his header lacks power; no problem for Casillas. In the 23rd minute it's again Ambrosini who steps on the accelerator, but he does not pass the ball immediately to Toni, who is clearly lagging behind. Spain come close to scoring with Villa on 25': his free kick finds his way through a group of legs but Buffon catches it on the ground.

CASSANO HAS A GO - Italy seem to come out of their cage, but nobody is taking the lead and Perrotta is having difficulties. Spain is doing better and in the 32nd minute Silva challenges Buffon once again. But it is Cassano who produces some magic four minutes later after having received the ball from Ambrosini; his cross for Toni is perfect, but the striker does not jump: a missed opportunity. The Spanish reaction is fearsome: in the 38th minute Silva hits the bar on Buffon's right from just outside the box. Spain are the better side and Italy is struggling in midfield where De Rossi and Ambrosini have to work extra hard, which reduces the number attacks via Zambrotta and Grosso on the flanks.

CHIELLINI MAGIC - Silva immediately puts his mark on the game in the second half, but Chiellini refuses to budge and there is no way through. The young Juventus players is doing overtime but he needs to make himself heard because his team is not filtering. In the 10th minute Torres muscles Panucci off the ball but his cross is cut out by Chiellini. Italy look ready to surrender. Then on 13' Camoranesi comes in for Perrotta. And the team seriously needs him. In the 16th minute he comes close to scoring but the outstanding Casillas intervenes with his left foot. With Fabregas and Cazorla (Xavi and Iniesta out) Spain has more possession of the ball, but Italy hang in there

MORE TEAM PLAY - Camoranesi has put things in order and restored balance. On 29' Di Natale replaces Cassano, but Spain is in command again. On 35' Buffon punches clear Senna's fierce freekick. And one minute later Italy are saved by the bar when Buffon spills a shot by the same player. Italy try again with Toni, who misses by a few centimetres. And in the 38th minute Toni robs Grosso of a big scoring opportunity when he receives a cross by Di Natale. Torres gets off and Guiza comes on and the final minutes are frenzied. Zambrotta saves Italy by blocking Villa in the 93rd minute.

THRILLS - Extra time is immediately exciting, because in the third minute Villa flashes a shot wide. But two minutes later Italy come close to scoring on two occasions: first Marchena intercepts a pass to Toni then a header by Di Natale's is tipped over. And Italy is kicking itself because they have the best chances. Both teams are now purely relying on instinct and passion. Del Piero comes on for Aquilani on 108'. The Spanish also keep trying; Buffon saves a Villa shot: Italy are struggling hard and in the 120th minute Cazorla drags a shot wide and it's penalty time. And this time Spain do not fail.

what a shame for italy, great defense but no attack. always the same story with the italians. 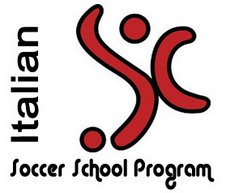